Irish myths and legends are not real, right? There's no such thing as the supernatural. Just like there's no such thing as Bruce's Cave on Rathlin Island, situated on the northeast coast of Ireland. There certainly couldn't be any truth to a 350-year-old curse which has led to one family, seizing control of every world leader on the planet, could there? One lad wishes it wasn't true.

Michael O'Hagan believes he's just a normal sixteen-year-old Irish boy. He wishes.Growing up in culturally divided Belfast, he doesn't like the society he calls home. He escapes the violent reality of Northern Ireland by diving into stories of Irish myths and legends, unaware that he is about to become a part of that world.

Following a life-threatening assault, Michael writes a story as part of a school project. A story he titles: “I Want to Change the World”. Little did he know that he was, in fact, the chosen one and leader of a group of seven young adults - each from a different country - that will not only change the world, but save the world.

The seven are all invited to attend a prestigious University in England, all believing they were there to develop their extraordinary talents which they had been gifted from birth. That was not to be the case. At a local art gallery, they are dragged through a three-dimensional painting to another arena within space and time where they meet an Italian Baroque artist who was murdered in 1665.

Elisabetta Sirani explains to them why she was murdered, and informs them that her murderer's family has become a secret organisation - cursed for Elisabetta's murder - and is about to take over the world, destroying it in the process. Michael and the rest have a chance to stop the world's destruction. Michael quickly comes to realise that he's creating a modern day story that will go down in history as another tale of Irish mythology. Elisabetta sends the seven back to their world as their older selves, with their abilities amplified, allowing them to blend in to the political world.

So, on their first day of meeting, these guys are thrust into a set of circumstances and all they have is each other. They must work together - in secret - to stop this cursed organisation. They are all terrified. They cannot contact their families or friends from their home countries because of the danger it poses. An emotional rollercoaster for them all. This story shows the bond complete strangers can develop when the odds are stacked against them.

And for Michael, will he live to regret ever wanting to change the world? 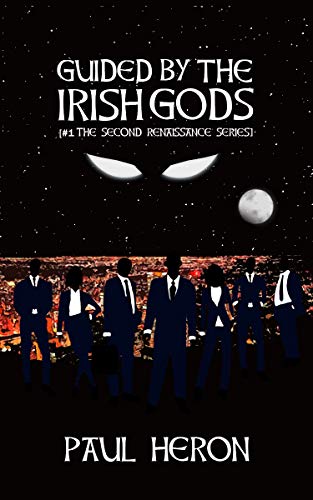 Guided By The Irish Gods (#1 The Second Renaissance Series) 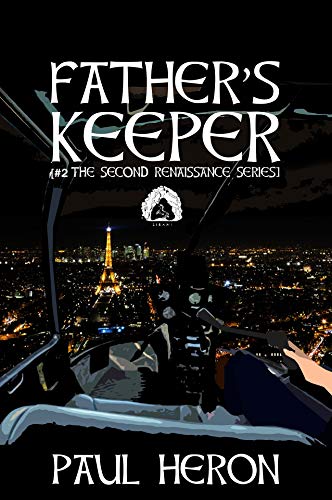 In France, Michael's private desires come true which he quickly comes to regret. Exhausted and afraid for their future - Michael, Sofia, Ajit, Carolina, Eduardo, Mohammad and Marcel soon find that what happened in the jungle has followed them to France.

To add to their problems, Ms Mallory Couture - the beautiful French director for Mancini Corporation is determined to stop the Sirani Foundation. However, the sexy Scarlett - Sirani Foundation's number 1 agent and mentor to the chosen 7 has a personal vendetta against Ms Couture which will erupt into chaos.

Can they save the leaders of France and return their first piece of the sculpture without getting caught and spending the remainder of their days behind bars as the world is destroyed... 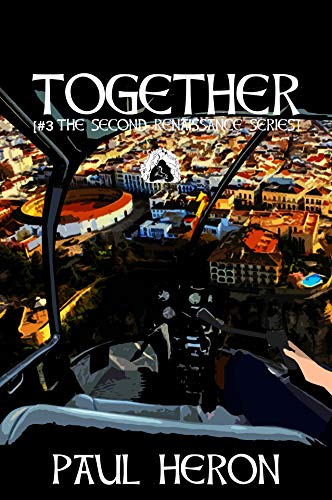 Together (#3 The Second Renaissance Series)

After the events in France and the increasing pressure placed on the chosen seven, more attention is coming Michael's way. Even the Sirani Foundation is looking at the Irish lad, wondering what makes him so special...

This is a question Michael continues to ask himself...Why is he the one the cursed Elisabetta Sirani chooses to communicate with...

His increasing notoriety in the eyes of the world - seen by many as the bad guy - along with his fame within the Sirani Foundation and Mancini Corporation results in Michael becoming increasingly cocky, which has dire consequences in Spain...

Has Michael proven himself unsuitable for leading such a task? Is he destined to fail... The mayhem in Spain results in Sofia's aunt, the beautiful Angelina Sirani and her brother Lorenzo stepping in to support the group of seven. Having the Sirani surname and the same confidence as Sofia causes Angelina and Lorenzo to believe they can just step in and take control, but Michael and Marcel have something to say about that.

One thing is certain, the pressure is mounting and their experiences in the Mexican jungle and France will seem like a walk in the park in comparison to what's about to go down in Madrid.